3 Reasons Why Your Outlet Isn't Working

Do you have an outlet that isn't working? That can certainly be a frustrating experience, especially if the cause isn't obvious. It's possible that it could be something very simple that you can resolve yourself. However, it could also be very complex and possibly dangerous. If the cause isn't immediately apparent, it's probably something that you should call an electrician to fix. They're trained on how to safely work with wiring and repair these issues. Unless you have that training, don't attempt to rewire an outlet yourself, as that's a great way to get electrocuted. Here are four common reasons why outlets don't work:

The breaker is tripped. This should always be your first step in troubleshooting a faulty outlet. A breaker trips when a circuit is overloaded with electricity. It could happen if you run too many energy-demanding devices off of one outlet or circuit. Too much power comes through the circuit at one time, causing a potential fire or blowout. To protect the outlet, the breaker trips, cutting off all power to the circuit.

Find your breaker panel and identify the breaker that's associated with the outlet in question. If it's tripped, it will likely be in the off position or even halfway in between the on and off positions. However, it is possible that it could have tripped and still seems to be in the on position. Flip it to off and then back to on again to see if that gets the outlet working.

The GFCI is tripped. Some outlets also have additional protections called GFCI, which stands for ground fault circuit interrupter. They cut off power to an outlet when the outlet is about to overheat. They're commonly found in areas that are also close to water, such as bathrooms and kitchens. The GFCI is a button in the middle of the outlet. If it has tripped, it will be popped out. Try pushing it back in to see if that gets the outlet working. Even if that specific outlet doesn't have a GFCI, it could be on the same circuit with another outlet that does have a GFCI. Look at surrounding outlets to see if they have tripped GFCI buttons.

It's burned out. Examine the outlet carefully to see if there's any blacking in and around the actual holes. Also, check for a burning smell or even sparks when you put a plug into the outlet. If any of those are present, that means that there's been a short behind the outlet and the wiring has actually caught on fire. As you might guess, this can be dangerous if you don't get it fixed.

If there are signs of burning, or if the cause isn't evident, call an electrician. They can safely examine the outlet and resolve the problem. 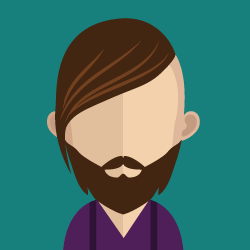